This site is to honour and remember my lovely son David. I am so grateful for the 33 years we had together, but wish so hard that he was still here with us his family. This inscription is on David's stone; "His life a beautiful memory, his absence a silent grief". This is a perfect tribute to David. David will always be remembered as not only our son, but also as our best friend. He often took me out shopping etc, and we had some lovely outings in the past.

David was born on a freezing February morning in Billericay in Essex. He was in such a hurry to get here that I never had time to make it to the delivery room, and had him in the ward. He was a beautiful baby, and also an active toddler. He never bothered with the crawling stage, too slow, he just went straight to walking at 10 months and in a few days he learnt that running was even quicker. After that I needed an extra set of eyes in the back of my head as then there was no stopping him. His favourite pastime when he was about 2 was trying to escape from the garden. We had to tie the gate shut, and when this failed, David used to try and tunnel his way out from under the fence using his toy diggers. A couple of times David did escape, and then I had to go and fetch him back from the playground, as that was where he liked to go. In those days the early 70's playgrounds were always set out in concrete, so not a safe place to be alone.

David started school at 5, but did not like it much at first, he hated being away from me, but he soon settled.

We moved to mid Wales in August 79, when David was 10, as by then the area we lived in was getting quite rough, and as my husband is from this area, and we had been here on hols etc, we thought it would be better for the children with more freedom, and a better quality of life. That must have been the worst thing I have ever done, because if we had stayed in Essex, David would not have met that lunatic in his car that dreadful day in July 02. I will always regret that for as long as I live. David did enjoy his life here as far as I know. He joined Welsh Royal Crystal at 17, and learnt to be a glass blower, and an excellent one at that. I have some unique pieces that David made for us, mostly swans, dolphins in blue, and his speciality, lots of beautiful paperweights. These to me are priceless and irreplacable as David made them.

David's main love in life was his motor-bikes. He learnt to ride at 16, as round here transport is a must. He always had a bike from that day on, and in 2001 he saw this lovely green & white Kawasaki for sale - he loved that bike, but sadly it was on that bike that he met that idiot. What hurts is that David's killer has never shown any remorse for what he has done, and as the CPS decided not to charge him with anything, he is free to live and kill again. The police force around here are farcical in the way they treat victims' families. The liason officer was useless, he admitted that this was his first road death that he had dealt with. We were not even given an experienced officer to deal with this tragedy.

The things that made David happy...

Other Favourites:
David used to like going to race meetings, and off road scrambles. He used to go a lot with his dad.

Often they would go kit-car rallies, as David did start building his own-kit car. This sadly never ever got finished and was sold on as parts.

David used to own a very old VW camper van, and he used to go off to the coast with his friend and go surfing etc. David realy loved it along the west coast of Wales because of the unspoilt beaches and the wildlife. David was also an avid conservationist and belonged to most of the wildlife charities. 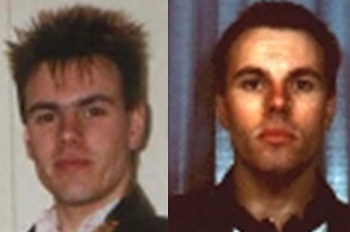 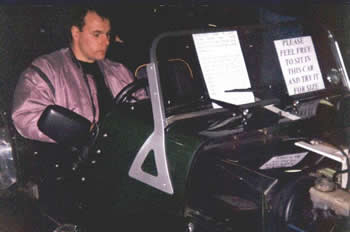 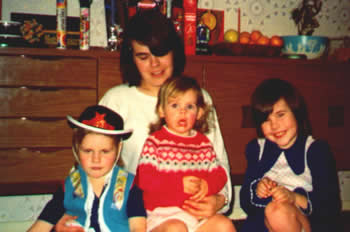 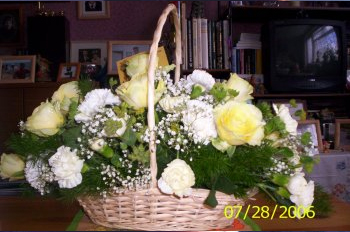 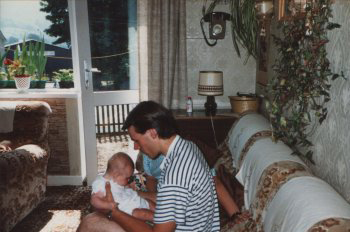 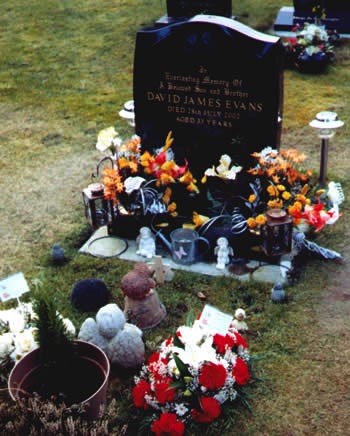